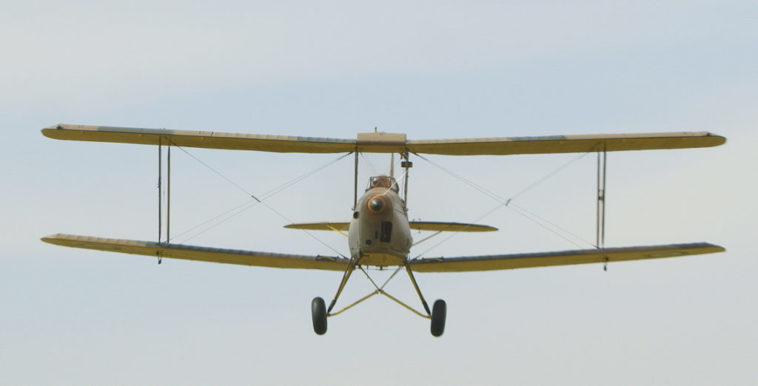 I am delighted to be collaborating with the internationally renowned BackBeat percussion quartet and Aerobatic Tactics, to produce a short film about the vintage Tiger Moth aeroplane.

“Plane Tales” will be a new series of artistic short films produced for PilotWingsTV – a specialist web and Youtube channel being developed over the coming months.

In the first episode, I will be aiming to capture some of the character of a 1943 biplane registered G-OOSY and of course, affectionately known as “GOOSY”.  The aircraft is based at Damyns Hall aerodrome and operated by an outstanding team of highly qualified pilots and specialists at Aerobatic Tactics.

Formerly used during WWII as a training aircraft, the Tiger Moth has since become a much loved part of our aviation heritage.  Its modern roles include sight seeing and touring flights.

The film’s evocative soundtrack is being supplied by a multi award winning percussion quartet formed by four classically trained musicians.  BackBeat have produced several albums, have collaborated with leading composers and performed around the world including prestigious venues such as the Royal Albert Hall and Carnegie Hall.  Their evocative and organic-sounding music will really help to capture the rudimentary design and construction of this classic vintage aeroplane.

Plane Tales, to be released initially as a web-only series, will aim to personify a range of distinctive aircraft, capturing the unique character of each machine.  The series will feature a mix of artistic short films set to music as well as informative features and interviews.

Future planned episodes of Plane Tales will feature a range of other iconic aircraft.  These will include the wing walk Stearman biplane seen here in these stills from my recent shoot for Aerobatic Tactics, when TV celebrity Katie Price taking to the wing for the 2500th episode of ITV’s Loose Women.

The continued development of PilotWingsTV would of course not be possible without the help of its supporters, not least the owners and operators of the aircraft.

If you have ever dreamed of wing walking along the London skyline, taking a leisurely tour in a vintage open cockpit aircraft or even experiencing aerobatics, I cannot recommend the team at Aerobatic Tactics highly enough.

For more information on the fantastic sounds of BackBeat percussion quartet, please visit their website.  You can check out PilotWingsTV on YouTube.