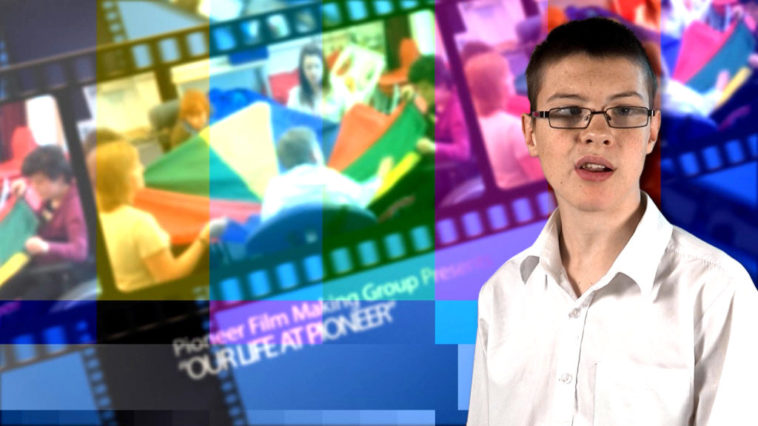 October has been a busy month so far.  Following the official premiere of the Beowulf documentary, which was attended by a host of VIP guests, I am now entering the final stages of the Pioneer school project.

‘Our life at Pioneer’ is a 30-minute documentary giving a fascinating and moving insight into everyday life at this special needs school in Basildon.  It has been made as part of the Royal Opera House Creative Partnerships programme and has been a collaborative project between myself and the students of the school.

Since January 2011, I have been teaching three groups of special needs students how to make a documentary film.  Their response during workshops has been phenomenal and they have all been an absolute pleasure to work with.  Many of the students have discovered hidden talents during the film-making programme.

The film itself attempts to offer something of a first-person perspective of life at school.  It has been narrated and presented by a Pioneer student who has really embraced the project and has truly excelled himself doing so.

During my filmmaking workshops, students taking part have been gathering their own footage around the school.  Their work has been edited and included in this film and provides a uniquely uplifting and interesting perspective.  The students’ incredible achievements in producing high quality footage for this film cannot be emphasised enough in my opinion.

The documentary will be released during November following a special red carpet premeiere showing at Pioneer school, specially arranged for students, families, teachers and VIPs.