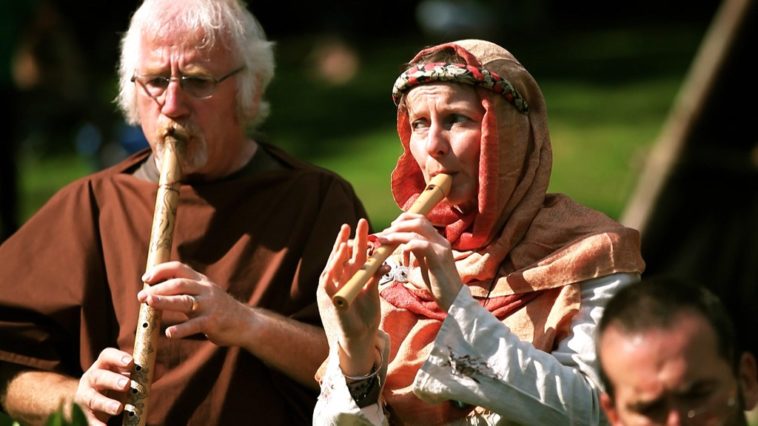 ‘Yardarm Folk’ is a documentary based on one of Southend-on-Sea’s most unique community groups, the Yardarm Folk Orchestra.  It has been scheduled for its first national TV broadcast during October as part of the Community Channel’s “Brilliant Britain” season.

The 30-minute film provides an overview of the orchestra’s aims and achievements so far, including its on-going commitment to reviving traditional folk music of the last eleven centuries.  As well as sampling the sounds of the orchestra, we also get to meet several key members of this incredibly diverse group of keen amateur musicians, and find out what inspires them to continue performing.

Yardarm Folk has secured two prime-time slots on the Community Channel during October and will be available on Sky (539), Virgin Media (233), BT Vision and Freeview (87).  The first showing is scheduled for Friday 11th October at 9pm, and the second on Thursday 24th October at 9.30pm.