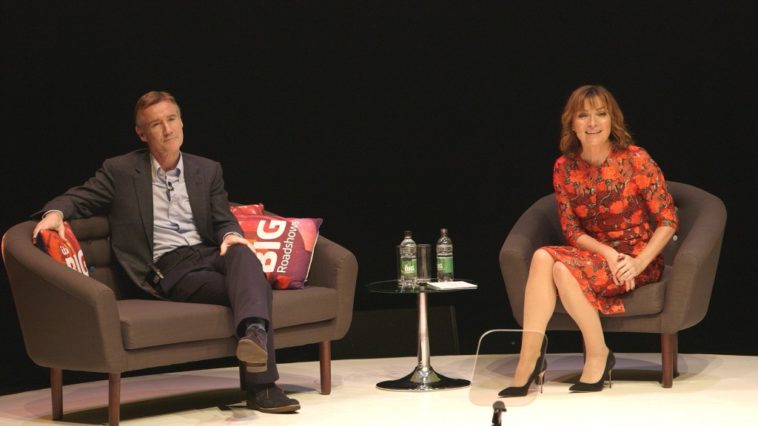 My role was to film three live shows hosted by Lorraine Kelly and featuring performances from Alesha Dixon.  It was staged at three mainstream venues including Old Trafford, Leeds Royal Armouries and Barbican, London.

Commissioned by DesignScene and reporting to ITV management, my brief required multi-camera coverage and supply of rushes to ITV post production staff.  Despite the show being large in scale and performed to an audience of several hundred guests, I had been given sole responsibility for capturing the event.

Following the show, I teamed with ITV journalists to produce around twenty short interviews with staff and management including ITV Chief Executive, Adam Crozier.

ITV’s The Big Roadshows have been touring the UK showcasing the network’s biggest successes in drama and entertainment and advertising.