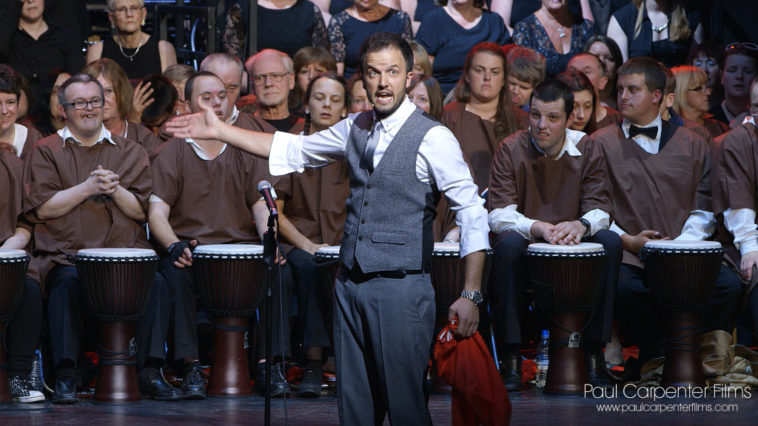 On June 21st 2015, The Music Man Project took to the stage at the London Palladium, to perform its inclusive show, “Music is Magic”.   The performance featured hundreds of students with learning disabilities alongside professional stars of stage and screen.

I was lucky enough to be given the task of filming the live show and also producing the theatrical promo trailer, a behind the scenes video plus two retrospective mini documentaries for MMP-TV.

A retail DVD containing the full three-hour show, special features and other custom media was produced on behalf of Southend Mencap, the charity responsible for funding the event.

Watch episodes 1 and 2 of the MMP-TV exclusive, “One Special Night” below…


In addition to the video coverage, I also designed and shot the promotional photos featured in all of the show’s publicity including an extensive press advertising campaign in the London Evening Standard.

My work included planning a custom photo shoot from which I could design a set of high key composite images.  The resulting series of Photoshop designs were used for the new Music Man Project website, plus its own web TV channel, MMP-TV.

The broad range of media production services provided to the Music Man Project are part of my unique ChannelPlan service, providing affordable regular production for small local businesses and organisations.

Watch the official trailer for Music is Magic…