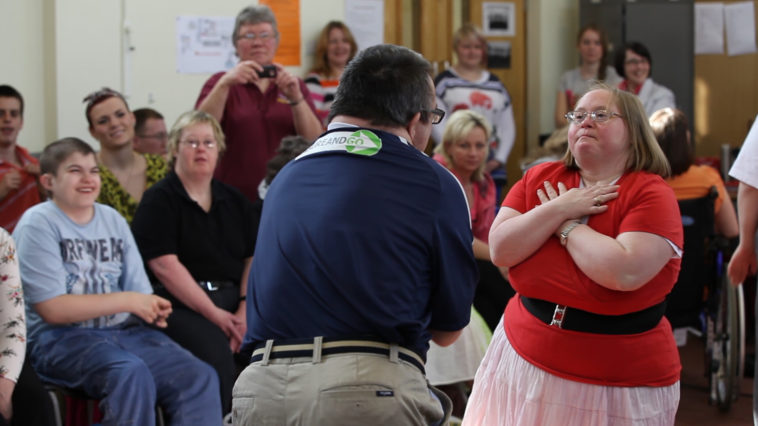 I am delighted to announce that my 60-minute documentary, “The Music Man” will broadcast to a national TV audience on Freeview and all major satellite and cable networks throughout December, including Christmas day.

As a highly accomplished musician, exuberant teacher and composer, David Stanley believes that all of us carry a musical instinct, which can unlock tremendous potential. With this vision, David launched the Mencap Music School in Southend-on-Sea, providing a unique music service for people with learning disabilities or special educational needs.

Produced between 2011-2012 the film follows Southend Mencap Music School, with its students preparing for a series of live community shows including Christmas concerts and a 24-hour music marathon on Southend Pier.  It presents an uplifting insight into the lives of everyone involved, focusing on the school’s aim to concentrate entirely on potential and ability, rather than disability.

Staff reveal the school’s numerous success stories, but viewers can also expect breathtakingly poignant moments as students eloquently and spontaneously share their opinions on the public perception of disability.  The film reveals genuine examples of outstanding personal achievement through adversity, frequently delivering a life-affirming message for all of us.

Following widespread praise for Mencap Music School which has since become known as The Music Man Project, the documentary has caught the attention of Prime Minister David Cameron.  In a letter to the school’s founder he stated “I watched the documentary with great pleasure and was particularly moved by the testimony given by the students.”

The Music Man is scheduled for broadcast on the Community Channel, available on Sky (539), Virgin Media (233), BT Vision, Freesat and Freeview (87).

You can read more about this broadcast in the ‘December Highlights’ article on The Community Channel website:  http://www.communitychannel.org/featured/highlights-december-2013/