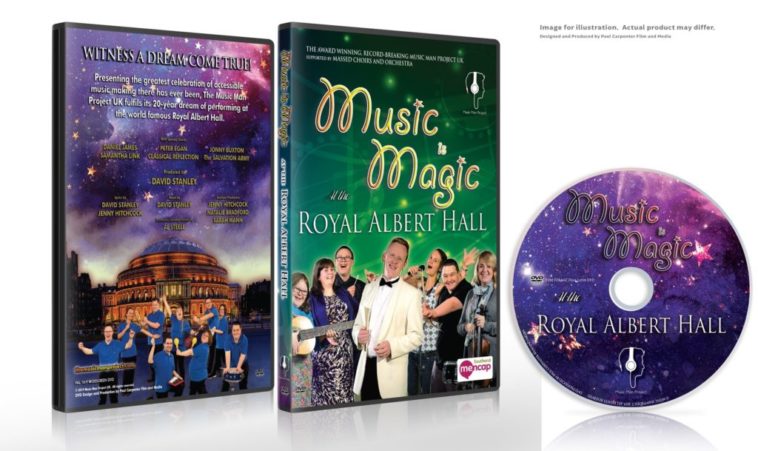 The Music Man Project is a UK charity providing music education and performance opportunities for people with learning difficulties and complex additional needs. As the organisation’s resident film and media producer of more than ten years, I was delighted to produce media to feature in the Music Man Project’s Royal Albert Hall debut of “Music is Magic”.

My work included an After Effects-generated 3D visual effects sequence to launch the show. The brief required production of a poignant space-themed montage providing an overview of the project’s history so far.

In addition to producing the show’s opening VT, I also completed a photo shoot for some of the student ambassadors featured in the Royal Albert Hall marketing and artwork. This involved setting up a makeshift studio and photographing students having fun playing their instruments.

The finished files were isolated and compiled into a composite image also featuring a hand-painted space-themed background and an Albert Hall image.

Following the Royal Albert Hall performance, I was again commissioned to produce the official retail DVD of the event. This work including more custom designs including unique box artwork, internal prints, and on the disc itself; animated menus and extra content.

The finished product can be purchased from the MMP Store at www.themusicmanproject.com.